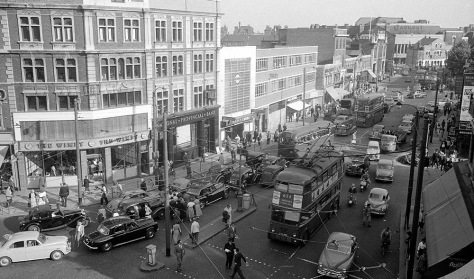 Another few photos of the Hammersmith gyratory system, this specifically being Queen Caroline Street looking south toward the Gaumont Palace (Hammersmith Odeon).

The majority of the buildings to the left including the old Post Office had been razed to make way for the redevelopments over the years although the red bricked building to the far left is still there as seen in the google street view screen grabs.

The flyover was built in 1961, a year or so after this picture was taken. 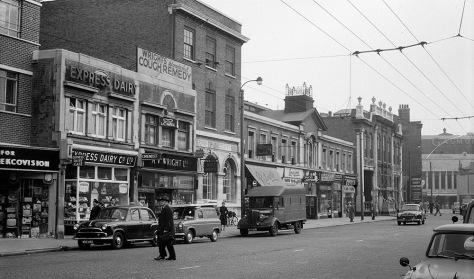 Line up for the Picture Parade at the Gaumont Theatre Hammersmith.

Loving this BBC cameraman with a cigarette.

These were actually scanned from a contact sheet that was included in the box. Obviously here dad was trying out medium format films. The sheet was quite folded and battered which means the image isn’t quite as clean as some others.
The shots are obviously mostly looking toward the excited crowds and only a couple of what is going on up on stage.